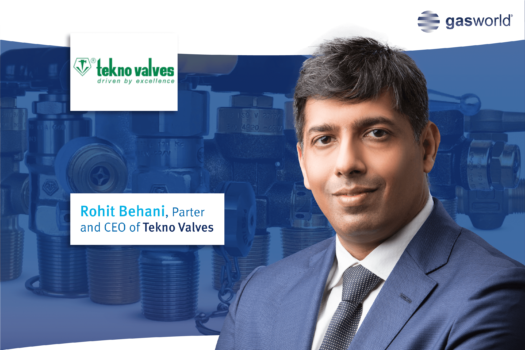 Swept off our feet by India’s Covid crisis

With India kicking off the world’s most extensive vaccination program on 16th January 2021 and the total number of active Covid-19 cases around 150,000 and daily cases just over 10,000, the mood was upbeat. Life was slowly but surely coming back to normal.

India had surprised the rest of the world with how it had handled the pandemic and won hearts worldwide by supplying 66 million vaccines to 95 countries around the world.

The sudden spurt in demand for medical oxygen when India was hit by the Covid pandemic in March last year stabilised in a few months. The Government of India (GOI) made a series of steps to ensure the availability and distribution of medical oxygen to hospitals and containment centres. None of the extraordinary measures (for example allowing industrial cylinders for use in medical cylinders) has been revoked since the start of the pandemic. Still, most cylinder equipment manufacturers had diverted their capacity to meet the rising industrial demand, which rebounded after the lockdown was removed and the economy was allowed to breathe again.

It was suggested after the first wave that only about 5% (much less than the earlier predicted figure of 15%) of patients infected by Covid-19 needed medical oxygen support. Therefore, oxygen supply to Covid-19 patients after the initial few months was not considered a challenge. gasworld articles also mentioned that as oxygen is freely available in the atmosphere and only a small percentage of total oxygen production is used for medical purposes, the concern – if at all – lies in distribution and not production.

And then, like a bolt from the blue, the second covid wave hit India from Mid-March 2021. However, oxygen availability, or lack of it, only became news after a month when daily Covid-19 cases exceeded 200,000 per day.

It would be fair to say that pandemic fatigue had also kicked in, and social distancing was the first casualty. The second cricket test match India vs England test match in Chennai started on 13th February, with the authorities allowing 50% stadium capacity to be filled in.

However, at Tekno Valves we only started witnessing unprecedented demand for medical oxygen valves from 19th April, and have been completely swept off our feet since then.

The first distress call and SOS for urgent deliveries of medical oxygen valves came from EKC Limited, who needed over 100,000 medical cylinder valves over the next two months. As India’s leading manufacturer of high-pressure gas cylinder valves, we soon started receiving calls from MNC’s and other regional and local gas companies, who have since ramped up their manufacturing facilities to meet the sudden demand for medical oxygen. Within 48 hours of the first call, we diverted 80% of our capacity to manufacture medical oxygen cylinder valves.

The oxygen crisis in India is the most significant worldwide news now, and the Indian government and Corporate India is doing everything possible to support the demand for medical oxygen.