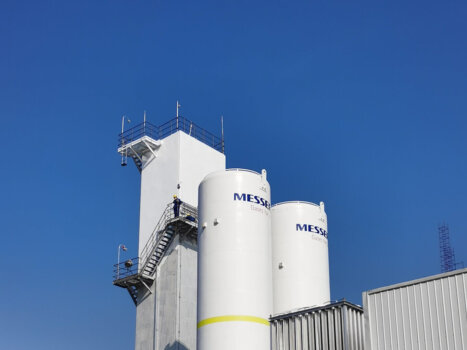 The generator is locator on the premises of Hunan Yuneng New Energy Battery Materials Co., Ltd. (Yuneng) – a major customer of Messer which will receive nitrogen from the remote-controlled on-site plant.

China’s leading manufacturer of lithium iron phosphate (LFP) – the cathode material for lithium-ion batteries – Yuneng has worked with Messer since the opening of its first production plant in Xiangtan in 2016.

Commenting on the development, Dr. Werner Hickel, CEO, Messer China, ASEAN, said, “As their strategic partner, we very much appreciate the opportunity to support Yuneng’s expansion in China.”

Capacities at Yuneng’s Xiangtan site were increased last year (2021) fivefold in addition to construction of a new LFP plant in Anning, Yunnan Province.