It’s efforts in the fight against Covid-19, $5bn renewable hydrogen to ammonia investment in Saudi Arabia and landmark coal-to-methanol project in Indonesia are just three highlights from 2020 for Air Products.

The US industrial gas giant today (11th Nov) reported financial results for the fourth quarter and fiscal year 2020, in which Air Products’ Chairman, President and CEO Seifi Ghasemi said, “Despite significant uncertainty in the global economy and ongoing challenges from Covid-19, we continue to deliver value through our stable business model, financial position, exciting growth opportunities, and the unwavering commitment and discipline of our people.”

Air Products highlighted a number of projects from the fiscal year in its results today, which gasworld is revisiting below.

Largest-ever US investment of $500m

Under the agreement, Air Products will build, own and operate its largest-ever steam methane reformer that will produce hydrogen and will be connected to its existing hydrogen pipeline system in the Gulf Coast.

The company’s LNG manufacturing facility in Port Manatee, Florida will manufacture two LNG heat exchangers, which will then be shipped to the project site on the Afungi Peninsula in Cabo Delgado, Mozambique.

This LNG production facility will be the first onshore LNG Project in the Republic of Mozambique in Southeast Africa.

In the same month (March), Air Products and N.V. Nederlandse Gasunie revealed they had broken ground on three new nitrogen plants near Zuidbroek, Groningen, in the Netherlands.

The three plants that will be built by Air Products for Gasunie will produce nitrogen to meet needs of commercial and consumer applications throughout the Netherlandic region.

Air Products completed the $530m acquisition of five steam methane reformer hydrogen production plants from PBF Energy in April, and commenced the long-term supply of hydrogen from those plants to PBF refineries.

With a combined production capacity of almost 300 million standard cubic feet per day, are located in Torrance and Martinez, California and Delaware City, Delaware.

Air Products announced a $2bn investment in May to build a coal-to-methanol production facility in Indonesia.

Under a long-term on-site contract with PT. Bakrie Capital Indonesia and PT. Ithaca Resources, the US industrial gas giant will build, own and operate the air separation, gasification, syngas clean-up, utilities and methanol production assets to produce methanol for Bakrie and Ithaca.

Located in Bengalon, East Kalimantan, this facility – including Air Products’ proprietary Syngas Solutions™ dry-feed gasifier – will enable nearly two million tons per year (TPY) of methanol to be produced from nearly six million TPY of coal. The project is expected onstream in 2024.

The company built, owns and operates the facility under a long-term agreement, supplying carbon monoxide (CO), hydrogen and steam produced from the facility to Huntsman.

Air Products signed an agreement with ACWA Power and NEOM for the plant, which will be equally owned by the three partners, and supply 650 tonnes per day of green hydrogen, via electrolysis using thyssenkrupp technology, for transportation globally.

Scheduled to be onstream in 2025, Air Products said it would be the exclusive offtaker of the green ammonia and intends to transport it around the world to be dissociated to produce green hydrogen for the transportation market.

Air Products inked a long-term onsite contract with a global leader in memory and storage solutions in September to supply a new state-of-the-art facility in Penang, north Malaysia.

Under the agreement, Air Products will install a PRISM® cryogenic nitrogen generator which will supply a significant volume of high purity, reliable and economical on-site gaseous nitrogen to the new facility.

The gases will be used will be used in the customer’s chip assembly processes and cold testing of the memory products, helping improve product quality, productivity, and environmental performance. 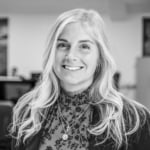