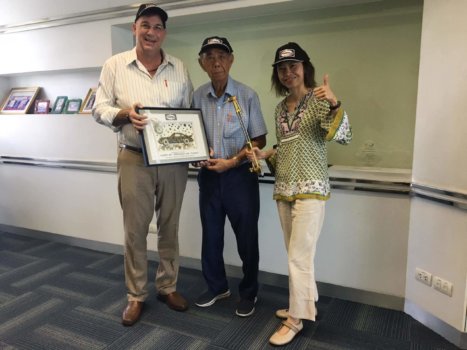 Thong Laoboonmee, Founder and President of Laemthong Syndicate Company, recently celebrated his 90th birthday and shared some insights from his decades of experience in the gas and welding industry with gasworld APAC.

As the first oxygen-producing company in Thailand, Laemthong Syndicate Company has a long history full of honours and accomplishments. Based in Bangkok, the company began operations as Laemthong Gas Products in 1966, and expanded in 1990 as it began selling welding/cutting machines, welding wires, and other equipment.

Thong traces the company’s origin back to his father’s business relationship with the American Chamber of Commerce (AMCHAM). His father, who emigrated from China and was originally a rice farmer, began buying and selling jeeps and other military vehicles after World War II. AMCHAM assisted Thong and his family in purchasing the first air separation plant in Thailand which led to its later business opportunities.

Active with the American Welding Society (AWS) for more than 35 years and a founding member of the first AWS chapter in Thailand, he has received countless honours from the organisation through the years.

Thong attributes the company’s success to long-standing relationships. For example, their association with US-based Harris Products Group goes back more than 50 years. Laemthong was the first distributor for Harris-brand products in Thailand and currently is its largest distributor in all of Asia.