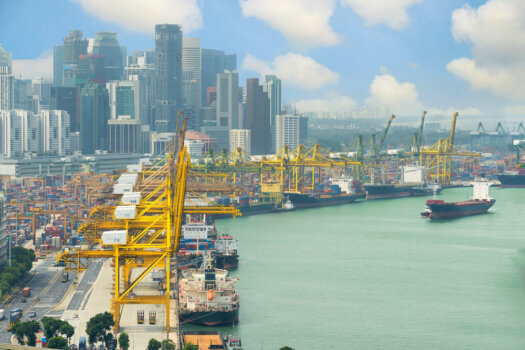 Singapore launches hydrogen strategy; could supply half of power needs by 2050

Singapore is one step closer to achieving its international climate commitment to reach Net Zero emissions by 2050 following the announcement of its new national hydrogen strategy.

Announced during the Singapore International Energy Week by Lawrence Wong, Deputy Prime Minister and Minister for Finance, the strategy outlined Singapore’s plan to develop hydrogen as a major decarbonisation pathway.

Having explored a range of low-carbon solutions, the Government of Singapore has identified hydrogen as a key contender for driving the country’s energy transition while strengthening energy security – an area that has been threatened globally following Russia’s invasion of Ukraine.

According to Ministry of Trade and Industry (MTI) Singapore, hydrogen has the potential to supply up to half of the country’s power needs by 2050, in addition to decarbonising hard-to-abate sectors of industry such as shipping and aviation.