Samator and Aneka Gas mourn the passing of their Chairman

It is with deep sadness that gasworld has learned of the passing of Arief Harsono, founder and CEO of the Samator Group of Indonesia and PT Aneka Gas Industri, the largest industrial gases company within Indonesia. 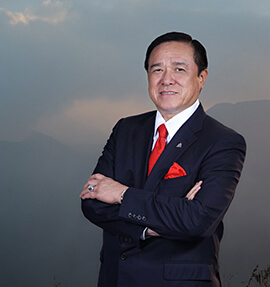 Many within the global industrial gas community will be shocked by the news, as Harsono was so well known not only within the South East Asian industrial gases business, but also at a global level and for his regard within IOMA (International Oxygen Manufacturers Association) circles.

gasworld understands the cause of death was Covid-19 (coronavirus).

It comes at a time when Aneka Gas had, in recent months, joined the international community in helping the dire need for oxygen supplies and equipment to India and other neighbouring countries.

As the pandemic spread within Indonesia itself, the company has been at the centre of supplying oxygen and equipment across the country. Harsono had been instrumental to this effort.

It therefore makes it even more painful for his family, friends and the Samator Group of companies that Harsono succumbed to Covid himself just a few days ago (2nd July).

gasworld joins with so many within the global industrial gases business in wishing the Harsono family its deepest sympathies and much support to both Rachmat and Imelda Harsono at this difficult time.

Known locally today as the ‘oxygen gas entrepreneur’ of Indonesia, Arief Harsono founded the Samator Group in 1975 as a local air gases manufacturer.

Expansion through the decades, including the acquisition of 100% of the shares of Indonesia’s first ever industrial gas company – PT Aneka Gas Industri, founded in 1916 – in 2004 only enhanced the group’s offering and market share.

Celebrating 40 years of business in 2015 and continuing to grow since then, the Samator Group has gone from strength to strength in the region and remains not only the largest industrial gases company in Indonesia, but also an independent and inspirational business.

Rachmat Harsono, son of Arief and then executive vice-president of corporate finance and strategic planning at Samator Group, underlined the inspirational story of growth at the company in an interview with gasworld in 2015.

“Starting from a small distributor and acetylene plant in 1975, now we have approximately 40+ production facilities and 80+ filling stations spread over hundreds of cities in Indonesia,” he said. “This is the largest distribution network in Indonesia, coupled with the largest transportation fleet in the region and the biggest number of experts in industrial gases and medical installation gases.” 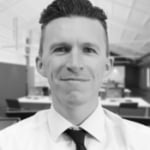 Rob Cockerill is the Global Managing Editor of gasworld magazine. Having joined gasworld as news desk journalist in 2007, Rob has exclusively interviewed some of the leading figures in the industrial gases business, and now heads up all editorial in his role as Managing Editor.

Rob is responsible for all editorial planning, a regular speaker at events and commentator on the industry, and heavily involved in setting the themes and agendas for gasworld events.