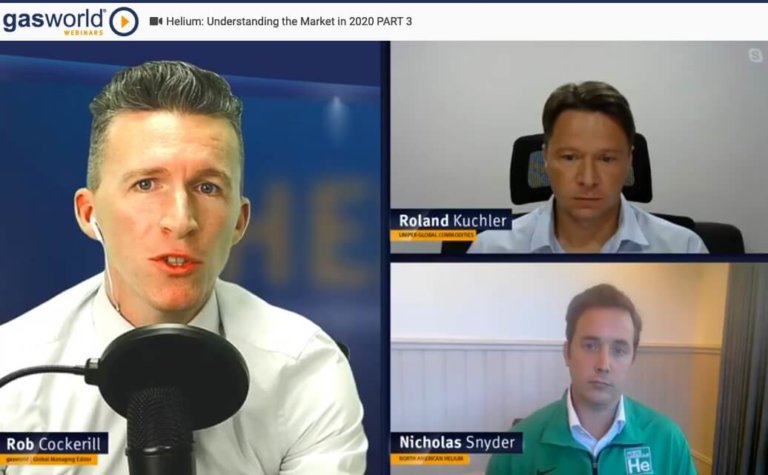 Roland Kuchler and Nick Snyder explained why they think global helium demand will be robust in the years ahead during the final installment of gasworld’s three-part helium webinar series sponsored by Evonik and available on gasworld.tv

Kuchler, Head of Business Development, Helium and Gas Asia-Pacific, Uniper Global Commodities SE, works on helium sourcing, helium deliveries and supply contracts and helium storage opportunities with the main focus on the Asia Pacific region. Uniper purchases and sells helium on a spot and long-term basis and in July signed a long-term helium sales and purchase deal with Irkutsk Oil for the offtake of a portion of the liquid helium from Irkutsk’s future helium production from the Yaraktinsky field in Russia.

“Overall we have a positive outlook for helium demand and regionally here in South East Asia, which is the demand area,” Kuchler told gasworld TV.

“I believe we will see a lot more demand in the region and China. This will be our biggest market and we will continue to work on that market. There are so many different aspects why we will see future demand, we will see great use for helium in the future.”

Kuchler, who is based in Singapore, explained that in late January, early February spot prices (current market prices, which react to market changes) for helium traded two-three times higher than the underlying long-term prices for helium. This premium of the spot prices over long-term prices quickly disappeared at the beginning of the Covid-19 outbreak due to an improved supply-demand situation.

“Long term prices, because of the pricing mechanism, react to a lesser extent to short term events so therefore they are less volatile than the spot prices,” Kuchler told gasworld TV.

“For this year, spot prices have traded down from the highest we have seen at the beginning of the year to lower levels now due to the improvement of the supply-demand balance but long-term prices have hardly changed because of the sourcing cost and the indexation in those contracts.”

As for the 2021 outlook, Kuchler outlined two areas important for assessing helium demand: from the semiconductor industry and from the optical fibre industry.

“The silver lining for the helium industry this year despite the pandemic has been the strong demand from the semiconductor industry,” Kuchler said.

The growth in the semiconductor industry has compensated for a drop from the optical fiber side, according to Kuchler.

“The disappointing area within the he demand has been the demand reduction from the optical fiber industry,” Kuchler said.

“In previous years it was fast growing but has significantly turned down in the last year. The losses in the helium demand could be explained by substitution, installation of more helium recovery systems and efficiencies gains, and lower demand for optical fibers. It is hoped the demand in this segment will recover.”

Kuchler moved on to meeting that demand. Since 2010, the Darwin helium plant has delivered helium to the Asian markets from Australia.

“The Darwin helium plant is the only helium production facility in the southern hemisphere and here in the Asia-Pacific market,” Kuchler said.

Kuchler added “For 2021, it will depend on the pace of demand recovery and the timing of new supply, the extent of the declining of existing productions. We are positive driven by semiconductor industry that demand will continue to recover quickly. The timing of the new supply coming online is the bigger question mark. The vast majority of new supply is already contracted long term so any delays of those new sources could lead to further market tightening or volatility in the spot markets. For 2021 we do expect to see further volatility to those uncertainties. In the long run we see the need for more diversified supply portfolios, more flexibility. Access to long term supply, long term contracts, will be key for producers and for the consumers and relying on short term availability will be a riskier option.”

Helping to meet that demand

Calgary, Canada-based North American Helium (NAH) is one of the new players helping to meet that demand. Snyder, Chairman, CEO and founder of the Calgary, set up NAH in 2013 to develop new supplies of logistically-safe and reliable helium production not linked to hydrocarbon projects. NAH started up its first helium production facility at Cypress field in July and is currently building a second plant at Battle Creek which it expects to come online in the first quarter of 2020. Both plants are in the Canadian province of Saskatchewan.

“Despite Covid-19 it’s been a great year for NAH,” Snyder told gasworld TV.

“We were excited to put our first plant into production in Cypress field, which is a 10 million cubic foot per year facility. We will be selling all of the production from that facility on a long-term contract to a single customer.”

“We are fortunate in Saskatchewan not only with the roads, electric power and logistical needs which make a project economic but because our fields are nitrogen-based as opposed to hydrocarbon-based we don’t have to build large pipelines to move CO2 or methane,” Snyder said.

“Part of our core belief is that the industry needs long term reliable supply sources and that’s where we see the value-add. We have been able to sell all of the production from that [Battle Creek field] field on long term contract to great clients and we are excited to bring that online.”

“There’s an exciting demand story emerging after a number of years of bumpy demand due to the helium shortages,” Snyder said.

“Most of the demand destruction that has taken place over the three shortages has been in recycling and certain applications of helium that don’t corrupt helium with by-products that are difficult to remove. We have seen that MRI manufacturing, and MRI machines become more efficient and fiber optic facilities be able to recycle more helium. We see a more durable demand situation, led by semiconductors. It’s not just the semiconductor industry expanding but each individual chip is now using more helium. The amount of helium that is required to keep these chips cool and to do multiple layers is really going up significantly. We expect that to be relentless going forward.”

Snyder added, “The other exciting area on the demand side is space exploration. There’s a lot going on there. SpaceX alone I think is in a position to double the amount of satellites in orbit within a space of 12 months. We think helium demand is going with robust growth.” 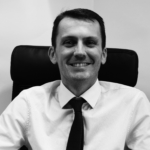 Nick Parkinson is the US Editor at gasworld. He joined gasworld in September 2018 and is responsible for gasworld’s US edition, coming up with original content via interviews and attending trade events in North America.

Helium: Why everything you know is about to change

Helium: return of gasworld webinars to focus on helium markets