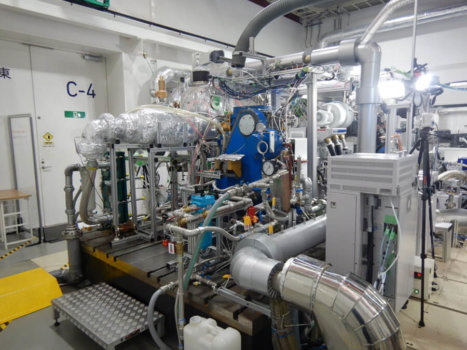 Unveiling the commitment today (21st Jan), MHIET said it has already conducted a combustion test of a hydrogen engine in a joint research project with Japan’s National Institute of Advanced Industrial Science and Technology (AIST).

As part of the test, a modified single cylinder gas engine based on MHIET’s 4-stroke reciprocating gas engine “GSR series” offered in 6 to 16 cylinders was installed at the AIST Fukushima Renewable Energy Institute. The test was ablet to identify the conditions to achieve stable combustion of 100% hydrogen without emitting CO2.

MHIET and AIST began the joint research on combustion of hydrogen on an engine in 2019. MHIET and MHI Research and Innovation Centre designed and built the hydrogen engine using the knowledge of hydrogen combustion technology, industrial-use diesel engines and natural gas engines, studied the conditions for optimum combustion, and analysed the test data.