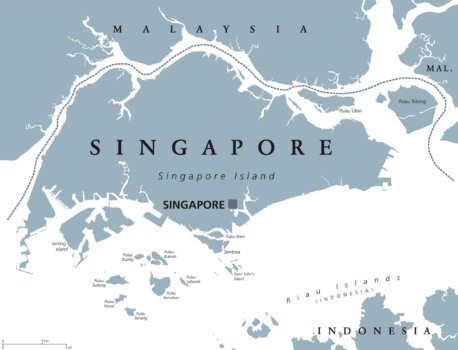 A deal has been signed between Mitsubishi Heavy Industries (MHI) subsidiary MHI Asia Pacific (MHI-AP), Jurong Port, and JERA Asia that will see the partners working together to establish a 100% ammonia direct combustion power plant on Jurong Island, Singapore.

The Memorandum of Understanding (MoU) will involve exploring the potential for setting up a 60MW (megawatt) class gas turbine combined cycle plant fuelled by 100% ammonia to produce carbon neutral electricity.

An efficient carrier of hydrogen, the generated ammonia could also encourage the adoption of hydrogen in Singapore.

In contrast to other forms of chemical storage, ammonia is the only carbon-free hydrogen carrier and can be synthesised from renewable sources. Considered a promising hydrogen carrier owing to its high hydrogen content, it also has an established distribution network and the ability to be liquefied at -33C, whereas storage in cryogenic tanks requires a temperature of -253C.

In addition, its strong, characteristic smell is useful for identifying leaks.

“Ammonia, which consists of hydrogen and nitrogen, is a highly efficient hydrogen carrier and can be directly combusted as a carbon neutral fuel, thereby contributing to the establishment of a robust hydrogen value chain,” commented Osamu Ono, Managing Director, MHI-AP.

“At MHI, we believe that ammonia and hydrogen are key fuels that can help countries meet their Net Zero goals,” added Osamu.