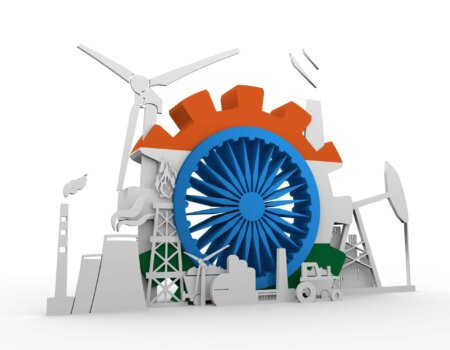 Ratings agency ICRA has recently released a report stating that the commitments made by India during last year’s COP26 Summit in Glasgow will require a focused roadmap, the details of which would likely require ‘massive’ policy interventions.

The report studied the commitments in two phases, the first phase looked at India’s focus on reducing emissions up to 2030 and the other focused on the net zero target for 2070.

The ‘ambitious’ targets set by the burgeoning industrial powerhouse could create vast opportunities for investment in clean technology sectors such as renewables, the EV ecosystem, carbon capture technologies and other methods of improving energy efficiency.

ICRA, through its study, recognised that India’s predicted surge (of 3x-4x) in energy consumption over the long term must be balanced by a focused roadmap which will have to involve interventions by the government and large capex/investments in greenhouse gas (GHG) emitting sectors like power, industry and transport.

Commenting on the report, Rohit Ahuja, Head of Research and Outreach, ICRA, said, “These sectors together emit around 90% of carbon dioxide (CO2) as per 2019 data of the International Energy Agency.”