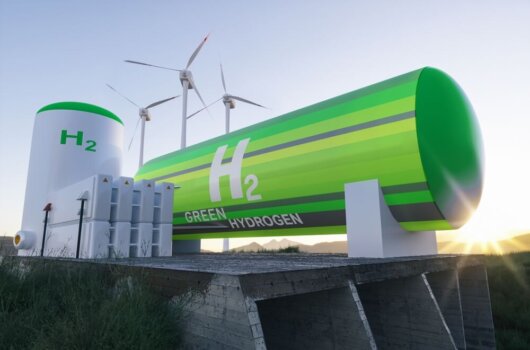 With demand for hydrogen in India set to grow five-fold by 2050, a ’state-of-the-art’ green ammonia and green hydrogen production facility to be built in the Indian province of Rajasthan aims to advance the country’s transition to a low-carbon economy.

To be developed in phases by Jakson Green – an energy transition platform backed by Jakson Group – the project intends to produce 365,000 tonnes of green hydrogen and green ammonia per year.

The project will be supported by the Government of Rajasthan, which yesterday (25th Oct) signed a Memorandum of Understanding (MoU) with Jakson Green to provide INR 22,400 Crore ($2.8bn) to set up the facility in several phases.

With plans to manufacture five million tonnes of green hydrogen per annum by 2030, India has high hopes for the role hydrogen could play in its pathway to achieving a low-carbon economy and meeting climate targets.

As a zero-emission fuel, green hydrogen is made using renewable power from wind or solar sources to split water into hydrogen and oxygen.