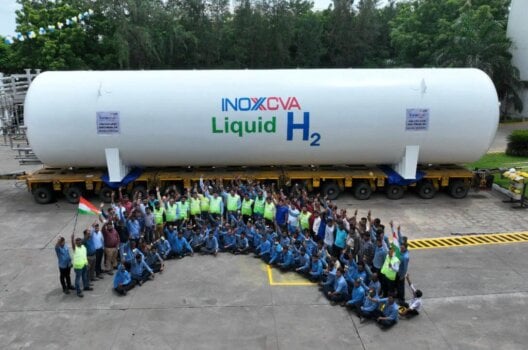 Fully designed, engineered, and manufactured in India, the 238m3 capacity tank has already embarked on its journey to South Korea, where it will play a key role in the ongoing energy transition.

Having announced the construction of South Korea’s first hydrogen liquefaction plant in 2020, Doosan Corporation (Doosan) will utilise the tank as part of a clean energy demonstration project at the facility.

Located at Doosan’s site at the Changwon Port in Changwon City, the plant – to begin operations in 2023 – will have a capacity of five tonnes per day, offering supplies to hydrogen charging stations nationwide for buses, trucks, and trams.

Construction of the plant was supported through an agreement with Air Liquide Engineering & Construction.